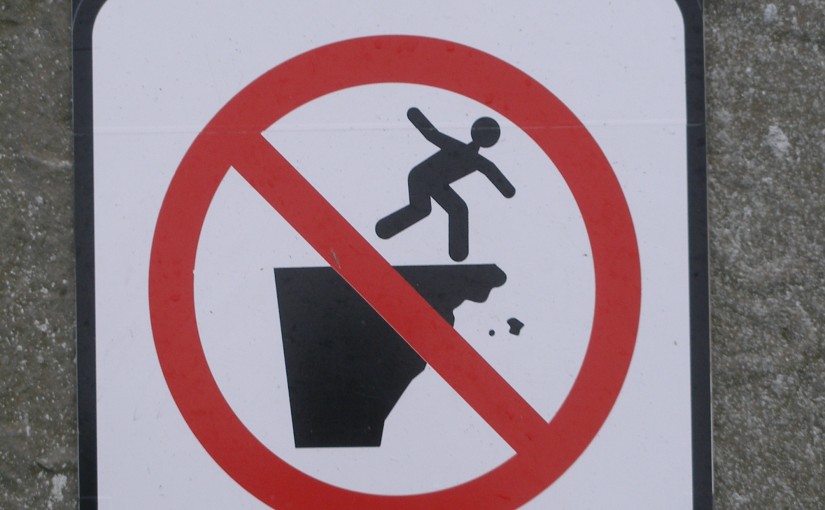 Against my better judgment, I watched the Republican debate on Thursday. It went pretty much as expected, and I had a sad. However, I came across one thing I did not expect: feeling uncomfortable for Megyn Kelly. I think she acquitted herself as well as could be expected for this overall weird event. (Who has a “debate” with ten people in half of a basketball stadium? Much more mind boggling were some of the answers, but I digress.) I just remember being struck that she was the only woman in a group of thirteen, which put her in a precarious position: her role in this sideshow was to represent 50% of the U.S. population. This is an impossible feat, and nearly impossible to escape unscathed, which she didn’t.

I generally don’t have any feelings about Megan Kelly. She’s a conservative media darling who pretty much plays by their rules: be pretty, be professional, don’t get out of line, but you can’t be a pushover either, etc. For the most part it seems like she’s been decently rewarded for it. I think most women are familiar with these rules, and that they’re always in danger of breaking them and being punished for it: being pretty can then mean being too sexy, being assertive can mean being pushy, but then being deferential shows an inherent weakness or softness that proves someone is unfit for any type of leadership. Ms. Kelly plays the part of a “cool girl” in a boy’s club. This usually works out fine until you make any sort of waves.

So, Ms. Kelly essentially asks Donald Trump, “You’ve said awful things about women. If you’re president how can we trust you not to call the Queen of England a dusty old bag or ruin relations with Germany when you’re a dick to Angela Merkel?” Except, it was more of a lowball than even that. The question is not unreasonable, but you wouldn’t know that from Trump’s response. This is when Ms. Kelly stops being a “cool girl” who’s “one of the boys.” Of course, this was helped along by her being the only representative of all of womankind in this scenario. It’s hard to stand out as an individual with that on your plate.

The way the exchange plays out is all too familiar. First, a woman points out some dudebro has some misogynist history. Dudebro says something along the lines of, “Ah well, those women deserved it. Not you though.” This is essentially giving the woman speaking a chance to fall back in line. She still gets a count against her, but she may be welcomed back into the fold if she agrees that she is exceptional for being liked by this group of dudebros and those other women aren’t worth respecting. If the woman speaking does not fall in line, well, she’s aligning herself with the other women who deserve ridicule, so she gets it.

Trump gets uproarious laughter and applause when he says he only said horrible things about Rosie O’Donnell – a large, outspoken lesbian: the polar opposite of a cool girl. Ms. Kelly doesn’t play along; she doesn’t even chuckle, something that is generally expected when a guy like Trump makes fun of a woman. She doubles down by saying that her assertions are correct and she wants a real answer. Trumpy-poo says she’s too sensitive, everyone’s too sensitive, he doesn’t have time for it, and she better watch out, because she’s starting to look like she deserves to get the same treatment. Then, in the way the social media machine works, she did. She got the same old criticisms of being emotional, hormonal, and a harpy. I even heard a family member say that she was “gunning for” Trump. Somehow this same phrase was not used when she questioned Ben Carson’s rather startling factual errors.

I’m sure it’s unpleasant, but I doubt Megan Kelly is letting it get to her. She’s been in the media for years and has had to deal with hypersensitive man-babies before. However, it is telling that even in a carefully orchestrated event, she couldn’t begin to criticize the most blatant, misogynist comments of a person known to speak harshly. Also telling, was that no one else stepped up. Not even the slightest bit of support could be seen from her co-moderators or from any of the other potential candidates. It didn’t matter how carefully she cleaved to an appropriately feminine appearance or how unemotionally she tried to ask her questions, she fell from grace in the eyes of an unsettlingly large number of people.

The thing about the rules that make a “cool girl” is that they’re impossible to follow indefinitely. Not even one of the best-looking, intelligent, professional, conservative female anchors can win that game.

2 thoughts on “There’s No Winning for “Cool Girls””