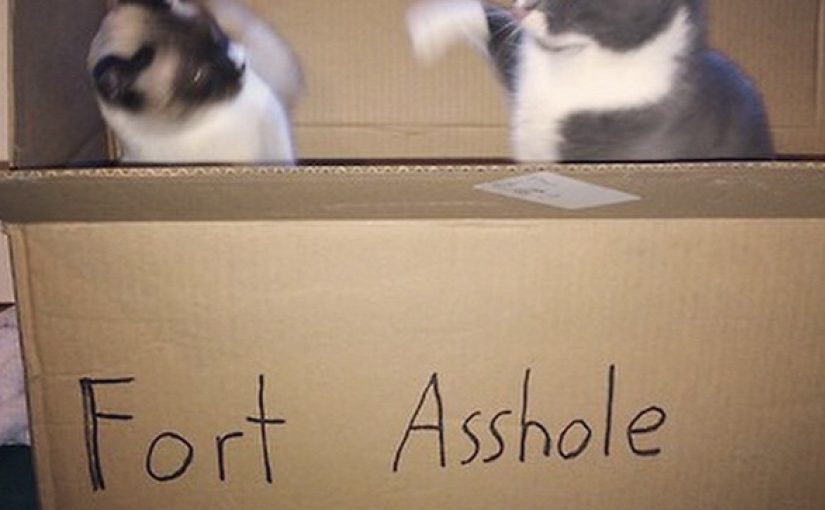 They’re probably right, but not how you think.

Things are likely going to become worse in large and small ways. Now, that’s not to say complete and utter catastrophe isn’t possible. (It’s always possible. Welcome to my rosy world view.) But waiting for catastrophe or obviously imminent catastrophe that will directly affect you personally before taking concrete action means that you plan on waiting for when things are too far gone.

If you examine the recent history of how citizen’s rights have been eroded, it’s usually not through obvious, blockbuster legislation. Sometimes there are attention getting bills or civil rights organizations bring attention to others, but it’s also common practice to shoehorn in unrelated matters into things like budgets or renewed laws. Bills have misleading names or veiled language.

There’s also straight up neglect – not renewing laws or social services budgets, not addressing persistent issues in schools and policing, not updating old laws to better reflect current circumstance or updating budgets to keep up with inflation, and cutting funding all around.

There will be those who celebrate and support the idea of “less government” meaning fewer legal protections for citizens and less money spent on everything from art education to keeping people from becoming homeless. They will argue their point of view in a way that is devoid of maliciousness and full of righteous certainty.

None of this will be particularly new, and none of it will immediately obvious as even after bills become laws they usually don’t take immediate effect. How often do you sit in a low-income high school classroom? How often do you see an FDA audit taking place? How often do people go to the polls? How often do you decide to sue a business? While various rights and protections are important, they usually inhabit a space outside our day-to-day lives. (Until you need them and then you realize they’re not there.)

This is even true of repealing of the ACA. Yes, people are rightly worried, and yes, there will be immediate and obvious consequences. But the process will not happen overnight. It may even seem, to some, that the ACA was repealed (assuming that we mark that at the very beginning of the process) and everything turned out just fine. Then something else came along and ruined their health insurance.

We can’t assume that everything bad will happen all at once. We need to assume that the worst is coming, but in the most frustrating and boring way possible. It will be done by people in rooms with beige walls and drinking lukewarm coffee from styrofoam cups, people who love their families and enjoy comedic movies and like to walk their dogs in crisp fall weather. They will believe that everything they do is ultimately right.

I don’t know, maybe there will glory in fighting the good fight, but I doubt it. Protests and demonstrations are cathartic and worthwhile, but someone needs to do the equivalent of taking meeting minutes and nagging about procedural details. Someone needs to do that constantly for years while being told that they’re paranoid, a nuisance, and not actually doing anything. It’s daunting in the way that customer service work is daunting: there’s nothing spectacular about it; it’s draining; and you’ll rarely hear a compliment. I’m not sure if I can be that someone, though I know I should.

But here’s the thing. Trump has that someone, and that someone is Pence. Trump is full of flip-floppery and bluster, dangerously so, but Pence knows exactly what he wants and how systems work so he can get it. Pence will be civil to the point of blandness, and the offensiveness of his ideas and actions will be cushioned by his  measured language and lack of emotion. He benefits by seeming rational even when his desires – no needle exchanges unless an epidemic has already been established, no teaching about condom use, state-mandated burials or cremation for miscarriages, federal funding for “conversion therapy” for LGBTQ folk, etc. – are not based on logic or real-world consequences. It’s also worth noting that these beliefs are displayed in a way that speaks to simple values instead of complex problems.

The problem with Pence is that what he says feels right to his supporters, and that’s all he, or they, will ever need, logic and reality be damned. I think the most we can do is be loud and nag about details, shove the consequences of his actions in his face, and hope.

I’m not saying this to downplay the importance of visible protest and resistance, but we’re in this for the long haul. We need to use all the tools available to us, including the less glamorous ones.