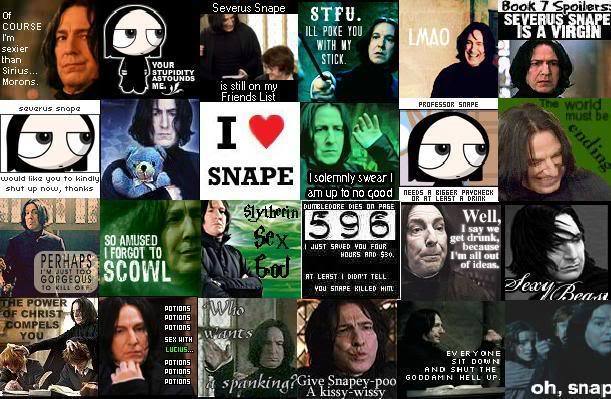 When I first started reading Harry Potter I was about 13, and I grew up with the books in a way. The petty rivalries and teenage miseries spoke to me. Of course, the delightful world of magic did, too.

I am rereading the Harry Potter series as an adult and while I still enjoy them, perhaps even more than I did as a kid, there are somethings my heartless adolescent self did not pick up on.

From a horrible prison that sucks out all joy and sometimes your soul, often with no trial, to playing with Muggles brains willy-nilly, the world of Harry Potter is majorly fucked. There’s even a whole race of humanoids that are enslaved, and everyone’s all *meh* except Hermione, but it’s played for laughs. Ha ha, she’s not okay with slavery! WTF?

Apparently, I Can Hate Children

As a kid, hating Draco Malfoy is pretty reasonable. He typifies the kind of school bully most kids loathe. In the movies, Draco is a brat, but it’s ultimately understandable. He was raised by a (well-coiffed, kind of mean-hot) jerk and, he has absorbed his father’s lessons and wants to live up to expectations.

As an adult, I was expecting a more reasoned reaction from myself. Like, I’m grown, I don’t irrationally hate kids for their upbringing,

I hate that kid.

I hate that kid so much. I had to put down my book sometimes just to really revel in how much I hate Draco Malfoy.

I remember thinking of them as cool, mischievous older brother types, but, man, they also suck. They are never nice to Ron, who despite having a huge family is pretty lonely. They think it’s hilarious to torment people. They are remarkably insensitive to their mother when she’s grieving Percy’s estrangement from the family. I honestly don’t know why the other kids like them; they’re terrible.

All the Concerns about Hogwarts are Totally Valid

I remember first reading the books and thinking of Hogwarts as this bastion of wonderfulness and all the worried parents were wet blankets.

Dude, kids die or nearly die every year. Granted, trying to control a bunch of immature people with magical powers is going to have a higher injury rate than normal, but DAMN. Also, the teacher qualifications are. . . spotty. I get that the teaching pool is going to be different when you have a limited population. I do. But when Prof. Moody (impersonator) turns Malfoy into a ferret and beats it, even a Malfoy hater like me can see that should be a fireable offense without question. Who the hell decided that that guy should be around kids unsupervised? He had all the red flags.

Mr. Weasley is My Type?

It happens more often anymore that I see the dad figures in books and movies are as interesting characters instead of just accessories to the main characters.

Mr. Weasley is curious about people who are different from him and wants to understand them. He doesn’t care about what’s popular; he does what he’s passionate about. The guy also stands up for what is right, even if he doesn’t always get credit.

Plus, those seven kids didn’t exactly make themselves.

The first couple books are usually thought of as being more for kids or less sophisticated than the others, but they follow the tight, tricky plotting of classic mystery novels. Yes, I do think there could’ve been a touch more editing clean-up, but I also finished them in about two days. From the world building to the slow unfolding of the overarching narrative to the compelling, life-like characters, the Harry Potter books are even better than I remembered. I am delighted to say that instead of adulthood taking away from the reading experience, I’m able to get even more out of them.