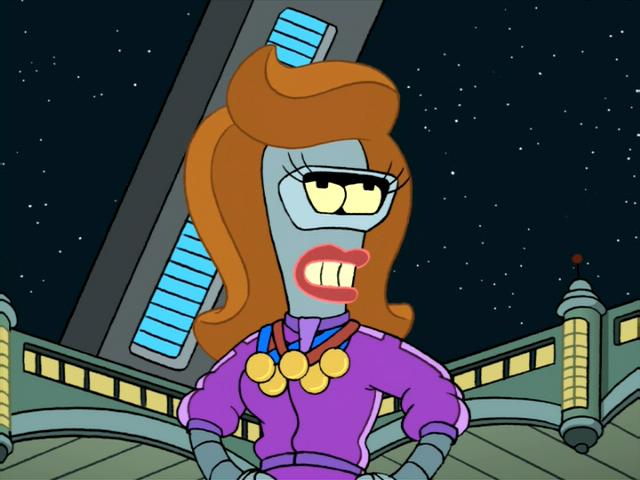 Whenever I come across an android in movies, novels, or anime, there seems to be a disquieting amount of comfort surrounding the existence of female androids. Male androids get the heartrending or thought provoking stories of being almost human, of trying to discover themselves and what it means to be human and yet not. Think of Roy Batty in Bladerunner, David in A.I.,  David in Prometheus – these are characters that are unsettlingly human in a way that is disruptive to the society that made them. These characters are also all white and perceived as male.

Female androids seems to slip pretty comfortably into societal expectations – female as housekeeper or maid, female as pleasantly helpful organizer of information (a sort of housekeeper for business), female as prostitute. If these fem-androids aren’t satisfied with their role as servants to humans, they often act out in ways that are typical narrative templates for women behaving badly.

Pris and Zhora of Bladerunner fail to defy female expectations while they rebel against their fate as replicants. Pris, the “basic pleasure model,” uses a mixture of seduction and deceit to gain access to replicant designer J.F. Sebastian. Zhora, an assassin with super human strength, hides in plain sight as an exotic dancer. Neither spark questions about their troubled situation of having feelings and consciousness but no rights like humans. Their roles in the story is to add sexiness and danger. Roy can carry the existential stuff.

The robots (all female) of Ex Machina also play out typical female roles of femme fatale manipulator or victim. There’s even a silent, obedient Asian model. I do give some credit to Ex Machina in that robots are all made by Bluebeardesque Nathan and the looks and imprisonment of his creations reflect on his own desires.

So what does it mean, then, that in the realm of imagination, where one can create anything, that audiences and artists desire semi-human, female-seeming objects? What does it mean now that technology has the ability to make some of these things come true that  our new objects look and sound female? (Think of the devices you talk to, automated phone menus, this android, or this jerky, false-flesh model of Scarlett Johansson.)

First of all, Wired nails it when it comes to the animatronic ScarJo doll. Ohio State University law professor Margot Kaminski is quoted in the article saying, “[T]here’s also no doubt in my mind that this will have a gendered component. Siri’s a woman, Cortana’s a woman; if robots exist to perform labor or personal assistances, there’s a darn good chance they’ll be women.”

There are a couple ways of looking at this. One is that due to social conditioning, people are generally less afraid of women. We expect men to be more aggressive and demanding and women to be more quiet and accommodating. The concept of living and working among androids and A.I. is kind of scary, and applying a sheen of femininity over them takes the edge off and makes the probability of investment in an undeniably expensive project higher. It’s not a flattering image of society, but it does seem to make sense.

Another way of looking at this focuses less on anxiety surrounding new technology and more on how women are viewed. There’s a reason why politicians appeal to their audiences to think of their mothers, wives, sisters, and daughters. There’s a reason why men’s views can change after having daughters. It’s because women aren’t considered fully human by huge swaths of society unless they are reminded of those extremely close to them.  Culturally, we are used to thinking of women as the sum of what they mean to the men or children in their lives as opposed to individuals with their own motivations. What better way to bridge the gap between human and machine than to have machines resemble people who are already thought of as objects?

Despite some notable outliers, I think the majority of us still view The Stepford Wives as a horror movie. Yet I can’t shake the idea that there is broad appeal for a woman who becomes entirely her function – customer soother, care taker, sex provider – without the inconvenience of humanity attached to her. Someone who never ages,  never gets gross food poisoning symptoms, never menstruates, never complains about objectification or sexism, never wants anything could just about be the perfect woman. When’s the last time you watched a sci-fi story and someone said, “These maid robots are great, but I wish they wanted to unionize and had the ability to fart and cry”?

I think this last point, that female robots/androids could very well be viewed as better than women because they are less human is the main  source of my disquiet regarding their place in fiction. For all the great imaginings for what science will be able to accomplish in the future, there is a nugget of reactionary satisfaction – women will finally learn their place, even if we have to make them.