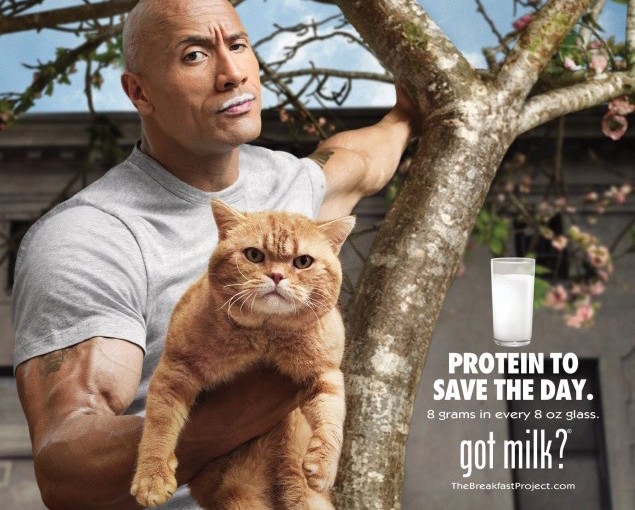 Part 1 of these essays provides some context as to why I’m writing them and covers the negative consequences for men in regards to women being trophies for successful masculinity. The next subject I will cover is how patriarchal standards require men to perform masculinity in a way that emphasizes action, strength, and dominance and the negative consequences men face.

Now, to a certain extent these attributes are also valued in women. But in a patriarchal society, I consider them in much the same way that physical attractiveness and social adeptness are valued in men as compared to women. Is it advantageous for a man to be good looking and socially smooth? Absolutely. Are these things required for him to be perceived as masculine? No, but prettiness and social consideration are required for women if they are to be perceived as feminine. Being attractive in a way that’s pretty or being extremely socially conscious can even make a man seem effeminate. After all, the term metrosexual wasn’t devised because being deeply concerned about how you look and what others think is part of traditional masculinity.

Strength, dominance, and an action-oriented nature (in moderation, of course) are perks for women, but are requirements for men to perform masculinity “correctly.” In Part 1, I mention that the ideal masculine attributes are subject to change and are more reflective of those currently in power and social mores than how individual men actually are. That being said, I believe that these attributes are currently what society tells men is required of them in order to be men. Patriarchy functions by grouping people into two groups: men and not men. By patriarchal standards, not men usually includes women, gays, trans* people, and men who have somehow lost power. Men are by definition in control and whatever maintains that control is masculine.

Men are also, by definition, not feminine. Stereotypes about masculinity and femininity prop each other up because when gender is framed as a duality, we define one gender by what the other is not. The feminine is nurturing therefore the masculine is not; the masculine is assertive therefore the feminine is not, etc. As I discussed in Part 1, a man who attracts many women proves that he is sufficiently masculine, that is sufficiently different from women.

But don’t take my word for it. Take this dude’s from dangerandplay.com (there’s a reason I’m not linking it):

The concept here is that women, not matter what they say, want assertive, dominating men. When women are trophies, there is no amount of reassurance that they can give to create a sense of security in masculinity. Especially since dominance is not a static state and requires constant maintenance.

Dominance takes many forms, whether it’s winning a sporting match or winning an argument. As long as a man shows that he’s the best, especially better than female competitors, he is displaying some form of dominance. In Alejandro’s post about his desire to die, he lists his failures in pursuits that are commonly considered masculine. He writes:

. . . I am horrible with directions, I can’t pass High School math, can’t win at any video games that my friends play, can’t get a girlfriend, can’t make friends, can’t get good grades in school, can’t fight, and can’t ever feel good about myself . . .

He considers these failures as part of the reason why he doesn’t have a girlfriend and is a virgin. Other attributes that are commonly thought to attract women are wealth, political power, physical power, sexual dominance, and intellectual or artistic superiority. Some people have other theories:

Apparently what’s not on the list of masculine attributes that will get you laid include sensitivity, common sense, emotional intelligence, willingness to learn, gentleness, folding laundry and putting it away without being asked, etc. Anything that is not forceful or based on superiority is not considered attractive to women.

Now, there are women who reinforce the idea that men who are not superior, dominant, and strong do not deserve respect or their attention. Women too live in the patriarchy and many try to get what they can by playing by the rules. The patriarchy provides rules and order, which, even if they are unfair, provide a certain sense of comfort and rightness in the world for many people. The idea that a man can love fashion, babies, and personal care products upsets that sense of comfort for some women. For them, masculinity and femininity are mutually exclusive, so liking a flavored lip balm means that you can’t negotiate in a boardroom or something.

If you can distill everyone into either men and women and grade them based on how well they perform masculinity or femininity, then our current social system is easily understood and manipulated. If a man is physically strong/wealthy/politically connected then he will have access to lots of women and choose the most (physically) desirable, which further illustrates his masculinity. A man need only, somehow, become more masculine and women need only be thinner/more toned/younger/more buxom/etc. This if, then social order is admittedly easier to understand than trying to comprehend that billions of people all have rich interior lives that may not jive with your world view.

So why is dominance and winning hurtful to men? First of all, consider the not men category. Again, LGBTQ+ people are very much at risk, sometimes just for existing in the same space as insecure men afraid of being treated like a woman or being thought of as gay. This kind of violence can bleed into other predominantly male spaces (fraternities, sports teams, etc.) when sexualized hazing between straight men and boys is used to establish hierarchy and dominance by making lower-ranking males “not men.” The death toll from hazing alone shouldn’t be ignored.

When you must always win, when you can never be vulnerable, when you can’t ask for help or else forfeit your masculinity, the situation is dire. Indeed, the majority of suicides occur in the group one would think has the most privilege: white, middle-aged men. While economic hardship and chronic health issues are a major factor, white, middle-aged men are not necessarily more likely face these problems than the rest of the population. However, this subset of the population, perhaps more than any other, has been told that financial and physical strength is part of who they are as people. The loss of these attributes weighs heavily.

One of the most hurtful outcomes of this mindset of dominance making the man is that men who are the victims of violence and abuse, especially when it is sexual in nature, often feel like they do not have any recourse or feel invisible. At best they are an afterthought and at worst they are a punchline. If being in control is what makes you man, then losing control of what happens to you on a fundamental level cannot happen if you are male. Unless, we’re led to believe, there is something wrong with you, like not being masculine enough. Think of the circumstances in which a man would be called a bitch.

Of course, this is demonstrably untrue. Indeed, while women are the majority of victims of violence and abuse, there are a great many men and boys too. You just wouldn’t know it the way the public conversation is. Most of the victims of sexual assault in the U.S. military are men and 1 in 16 men have been sexually assaulted while in college. There is nothing these men did to cause these attacks. There is nothing wrong with them. Whole books have been written about how poorly our society handles this type of violence, and I wouldn’t be able to do the topic justice in one paragraph in one post. But I would be remiss if I said nothing at all.

Whew! I needed that. I hope you’re doing better, too.

Now, even if a man never faces sexualized violence or hazing or financial ruin, the pressure to be a dominant winner is ever-present. Men are told to “grow a pair” and “man up.” Even juvenile teasing about penis size becomes a matter that needs to be discussed on national TV because an attack on masculinity has serious implications.

Similar to beauty culture for women, the relationship with traditional masculinity is constant and complicated for men. There can be a lot of joy in participating in full contact sports or going hunting with a group of guys or going to a bachelor party. Traditional masculinity is not automatically toxic and hurtful, but, like beauty culture, when its requirements push past what is humanly possible and when someone’s humanity is reduced to a handful of attributes, it certainly can be.

Luckily, it looks like men are getting more breathing room. From male politicians weeping in Congress to stay-at-home dads to broader conversations about mental health, the definition of masculinity is increasing in much the same way femininity has. There has been a lot of progress. Even Axe, one of the broiest products ever marketed, has a nod to drag balls in their new commercial:

Even the Youtube comments are positive. And that, dear reader, is reason to hope.