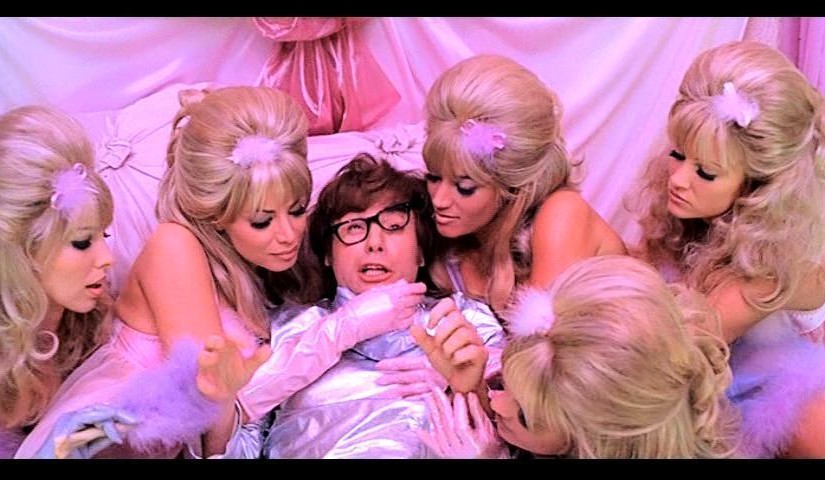 It has become relatively common to hear that patriarchy hurts everyone. While I generally believe that this is true, I’m usually hesitant to talk about it because the concept seems to invite a rather unhelpful dialogue. Often “Patriarchy hurts everyone” translates to, “That’s enough women talk; let’s get serious and talk about men! You know, the real people.” I’ve seen people make the argument that men were and are historically treated worse than women, that the patriarchy hurts men because without it they would get laid more, that feminism also hurts men, etc. It usually doesn’t behoove me to spend the energy trying to wade through it all.

So why would I talk about patriarchy hurting men? I’m obviously not too keen on it. Well, I stumbled across this poor guy’s Internet cry for help:

Every time I get into my car I wish to get into an accident and die.  I am 19 years old and am a virgin.  I will never get laid or have a girlfriend because I am an incompetant **** who can’t do anything right.  I’ve only had one girlfriend in my life and that was only because she came onto me because she wanted a boyfriend and didn’t care who it was.  It lasted one month.

I **** up everything I do.  I am horrible with directions, I can’t pass High School math, can’t win at any video games that my friends play, can’t get a girlfriend, can’t make friends, can’t get good grades in school, can’t fight, and can’t ever feel good about myself.  I’m pathetic, I am overwhelmed with rage and grief whenever I see my reflection because I can’t stand who I am.  I am a worthless **** and I cannot emphasize enough how much I hate myself.

If you want more examples of how toxic the pressures of masculinity are, take a look at the comments. (I know it’s breaking a cardinal rule of the Internet. But whatever! I do what I want!) No matter how many women these guys have slept with or how much they seem to embody successful masculinity, most of them are commenting because they’re talking about killing themselves. They’re certainly not alone. The hurt is very real. I hope this guy made it through his tough time; it’s hard to say if he did.

If simply being male in the patriarchy were so great, surely these men would’ve been happier. The post is nearly a decade old, but there are some themes that come up in the initial post and comments that I want to examine because they are so persistent. In particular, I will look at the difficulties encountered in treating women like status symbols, the emphasis on action and success, and learned emotional withdrawal.

NOTE: I’m focusing on straight, cis-men for this post. The way LGBTQ+ men are hurt and at risk in our current culture would fill volumes. I’m also not saying that the patriarchy causes clinical depression, but it can warp our worldview in unhealthy ways.

Ooof, this is heavy, isn’t it? I think it’s time for kitten break.

Let that cute sink in. Feeling a bit better? Good.

Most of the time, when I think of women being treated like a status symbol (aka. not a person) I consider the immediate ramifications for women, which are terrible. However, it seems like as a society we’ve been fed this narrative that consumption of women is a part of joyous masculinity – think of just about any music video featuring a male artist or movies in which the nerd finally gets laid or even just the idea that a fawning, largely silent, female entourage is desirable, but talking with women in general is odious. Consumption of many women is something that is framed as achievable and desireable by any man (Hi PUAs!), and any man that says otherwise is a liar and a loser. So how is this crappy for men in general?

The concept of having a girlfriend and/or having sex with many partners as proof of masculinity is trouble for everyone. The men who think, “I have attributes x, y, z, so I am owed a human being to accept my sexual advances,” are dangerous. But for the vast majority men who aren’t violent, the concept can mean, “Unless I am masculine, as proven through attributes x, y, z, I am destined to ridicule and loneliness, perhaps for my entire life.”

The writer of the post, username Alejandro, feels like a failure in part due to his interactions with women. It’s hard to say whether he wants a girlfriend and sex because that would be a marker of success or if he wants a girlfriend and sex because he wants intimacy and to feel wanted and worthwhile. It could be a mixture of both. I can’t speak for him, and I don’t presume to.

Alejandro has had a girlfriend, but her desire was simply to have a boyfriend, which undermines the possibility of her confirming any masculine attributes that may have “earned” him a girlfriend. (Such is the problem of women who are “sluts” or prostitutes. If a woman is willing to sleep with many men, she doesn’t help the raise masculine status of her partners in comparison other men.)

So what are these masculine attributes? I’ll explain more in part 2, but suffice to say it doesn’t really matter. Whatever best matches the mores and rulers of the time is what is masculine, and it is absolutely subject to change. Sometimes simply being born to the right family made you better, more masculine, than the peasants and servants. In Victorian England, masculinity involved a lack of emotion, including, or perhaps especially, anger and violent outbursts: the most masculine men were those of the stiff-upper-lip, ruling class. Nowadays, Americans are used to the idea that intensely masculine men will occasionally fly off the handle because they’re so loaded with testosterone and ‘roids or what have you because they’re just so manly. Whatever the attributes are, women are supposedly attracted to them like mosquitoes to a bug zapper.

But people’s attraction and affections aren’t unlocked by some form of human Konami Code. People end up having sex, loving, and staying with each other for any number of reasons, most of them are pretty personal. When women are treated like a monolith, interaction becomes a mystery and is doomed to fail. Remember these?

All joking aside, the view of women as homogenous masculinity trophies creates a desperate cycle where men feel like they need female attention to prove their manhood, but will likely not receive it because people mostly like to be treated like humans and individuals. Again, from Alejandro’s post:

. . . I will never get a girl to like me.  I don’t know what the **** they want me to say or do to make them like me.  I can’t communicate with other people because I don’t understand what they want.  I just know that I’m weird and am absolutely pathetic.  Being unable to function as a normal man isn’t acceptable to me . . .

So what about men who aren’t romantically frustrated? To a certain extent, some guys just aren’t as concerned with confirming their masculinity. Some may just be kind of chill and self-actualized, but some have privilege or high status, which means they just don’t have to be as concerned. This especially comes out when you consider race: Asian men who are part of the “model minority” are aggressively emasculated in U.S. culture, and while black and Latino men are often portrayed as dangerously sexual, they are often stereotyped as having significantly fewer positive masculine traits than whites (wealth, power, intellect, etc.) The stakes are different for different men, especially when race and socioeconomic status are concerned.

Now even if a man is able to have multiple sex partners, to have a doting wife and a hot mistress, or to kind of trick women into having sex with him because of his kooky hat, he can’t relax. When women are conquests, you can’t just rest on your laurels and assume that your manhood is assured. You could accidentally use a Bic for Her pen and have your man card taken away. Masculinity is something that we’ve been led to believe needs to be constantly proven and reaffirmed. Masculinity is also what allows men to be treated like people in a patriarchal society. The loss or lack of masculinity means being treated as less than fully human.

There are some men who are perfectly content with the way things are. But the last point I want to make about women being treated like status symbols is that when a person participates in the dehumanization of someone else, their own humanity does not escape unscathed.

3 thoughts on “The Pressures of Masculinity – Part 1”