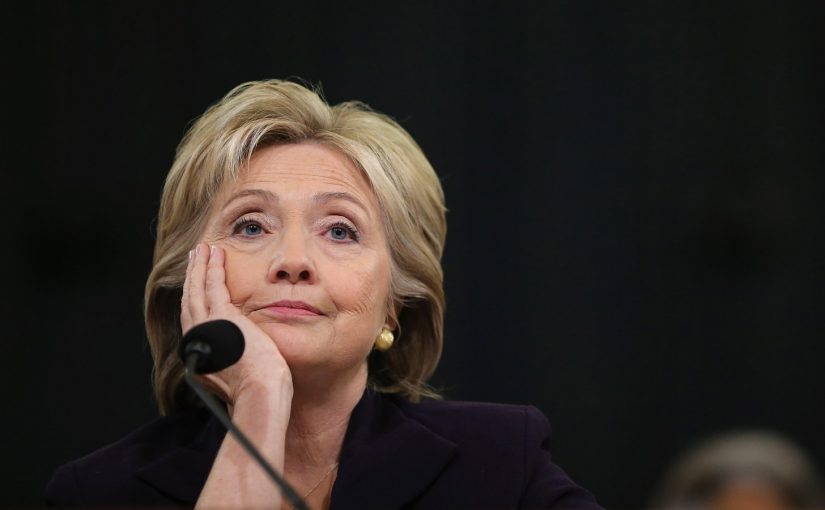 I don’t hide the fact that I’m a Hillary supporter, but I also don’t go out of my way to try and convert others. I just don’t have the wherewithal to slog through conspiracy theories and paranoia like a political ice breaker.

However, I do want to point out the sexism that Clinton been subjected to through out this campaign that is couched as legitimate criticism. Now, Shakesville has a much more comprehensive list, but it still isn’t every sexist thing that has been lobbed at Clinton. (Ain’t nobody got time for that.)

Yes, there is legit criticism of Clinton. Obviously. Anyone who has lived a few decades isn’t perfect, and that’s where I want to start.

We keep tossing out the concept of perfection as if it is a rational bar to hold HRC to, and we keep mentioning that she’s not meeting it. I’ve written about perfectionism before, and how it has kept me from taking worthwhile risks. The emphasis on perfection is often gendered; in the words of Reshma Saujani, “We’re raising our girls to be perfect and we’re raising our boys to be brave.”

I can’t help but feel when people say that HRC isn’t perfect, they’re uncomfortable with her trying at all. What else is a perfect woman except someone you’ve never seen or heard?

What about that money?

Whether it’s money from giving speeches as a private citizen or donations to her charitable foundation that saves lives or, of course, how much HRC spends on clothes or her hair, people get pissed about her having money.

Oh no! Not having money, we’re not like that, but how she got it, how she uses it, how it affects her optics, and any number of things, especially who she owes. You know, like a whore.

The thing to me, is what was supposed to be her alternative? Not have a charitable foundation at all? We’d all be upset even if it wasn’t called the Clinton Foundation. Never give speeches for Wall Street companies (despite being a former NY senator) or just never get paid for them? Is she supposed to spend more time instead of money finding campaign appropriate wear? And let there be no mistake, it is always either time or money or both when it comes to women being “presentable” in public.

It seems like what the criticism boils down to, is she shouldn’t have powerful connections or the power that comes with money, and even if she does, she should have the feminine humility to always accept less. Or perhaps more pointedly, there’s disbelief that she has this power at all, hence the belief that the money she has earned, uses, and donates all have strings attached. Because it’s more important to close the Clinton Foundation for “optics,” than it is to prevent infants from getting HIV.

Well, if it weren’t for Bill…

Okay, so being First Lady did give Hillary opportunities she wouldn’t otherwise have, but Bill didn’t do the work for her. I’ve heard people say she accomplished nothing because her husband was president and hence she deserves no credit. Not for positive things anyway, everything that went wrong in Bill Clinton’s administration can be tied directly to her, you know.

While I understand that Hillary did play a role in her husband’s administration and probably did support many of the policy decisions that are worth criticism, it seems like a fucking raw deal that everything she did right is due to him and everything he did wrong is due to her.

Never mind that Bill Clinton can also be a goddamn albatross for Hillary in many large and small ways. It’s worth saying that sometimes she succeeded in spite of him.

Hey, Hillary! Show us your [x]! (and other demands)

There’s always something the public feels HRC owes. First it was transcripts of speeches she gave as a private citizen. You know, so she could prove to us that she isn’t a corporate whore. Which obviously should be a default assumption.

Then we needed to read all her emails on that private email server she had as Secretary of State, even though that was standard for Colin Powell. No, it wasn’t a best practice, but it certainly isn’t worth reporting on everyday for a full year; especially when there’s really no story to be had.

Then we demanded blame for what happened at Benghazi, and she did say she was responsible and wanted to prevent something similar from ever happening again. But somehow, that wasn’t good enough, people wanted more, and are still demanding… something? A hanging? Some kind of public execution?

We also needed more debates from her, for some reason, even though apparently we hate her voice, face, body language, etc.

Throughout people are demanding shows of emotion while also insisting they are inauthentic. Demanding that she show us who she is, even though she’s been telling us for years.

Perhaps if the media only demanded one or two of these items, this  would be in the hazy “sexism or just annoying?” gray area. But it seems like anything except a total vivisection is insufficient transparency from Hillary Clinton. Why?

Perhaps this just goes back to my first point: because HRC exists and has done things, she is not perfect, and when women are not perfect, we must count the ways. Or perhaps, it’s because women have been broken on the wheel of public scrutiny before, not from wrong doing, but the incredible pressure, and that was the goal all along.

About that. While Clinton has weathered breathtaking sexism for decades and come out on top, we’re making the political climate very clear in the U.S. There’s a reason I don’t usually speak up in her favor except in mild and polite tones.

The tactics that are being used to try to silence, belittle, intimidate, or delegitimize Hillary Clinton aren’t working on her, but they are on many women who don’t have her resources. Andrea Dworkin described sexism like a shotgun: you not only hit your intended target, but those in the vicinity too. The media and public have made it clear that any woman, even, or perhaps especially, someone eminently qualified, can expect to be torn apart and have bad faith assumed if she seeks to lead.